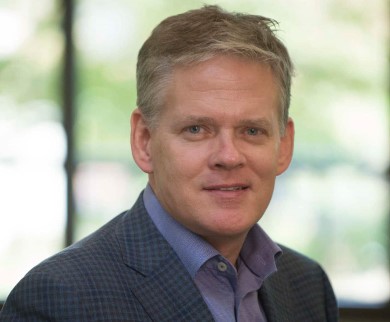 Throughout Jim’s twenty year career with Sofinnova he has invested in thirty two companies. Twenty two of his investments have gone public and eleven have been acquired as private or public companies. He has funded companies where thirteen products were approved by the FDA or EMA. He is currently the Chairman of CinCor (CINC) and of Y-mAbs (YMAB), a member of the board of directors for Karuna (KRTX), Natera (NTRA), the lead independent director of Bolt (BOLT) and a board observer at Visen.

Jim received a B.A. in Molecular Biology and B.A. Scandinavian Studies from UC Berkeley where he graduated with Honors and received the Departmental Citation. He subsequently completed the NIH sponsored Medical Scientist Training Program and received his MD and PhD in Immunology from Stanford University where he received the Novartis Foundation Bursary Award and was a Beckman Scholar. He authored or co-authored thirteen scientific articles and reviews, including three papers published in Nature.

Prior to Sofinnova, Jim worked at Bayer (Miles) and Sanderling. He has lectured on entrepreneurship at Stanford University and served on the boards of the Executive Committee at UC Berkeley, the National Venture Capital Association (NVCA) and the Biotechnology Innovation Organization (BIO). Throughout his career Jim has received numerous awards and in 2021 was selected as the recipient of the NVCA Excellence in Healthcare Innovation Award for his commitment to the advancement of healthcare innovation through his investment in groundbreaking biotechnology companies that are working on treatments and cures for the most deadly and costly diseases.

Back to Board of Directors

This website uses cookies to improve your experience while you navigate through the website. Out of these cookies, the cookies that are categorized as necessary are stored on your browser as they are essential for the working of basic functionalities of the website. We also use third-party cookies that help us analyze and understand how you use this website. These cookies will be stored in your browser only with your consent. You also have the option to opt-out of these cookies. But opting out of some of these cookies may have an effect on your browsing experience.
Necessary Always Enabled
Necessary cookies are absolutely essential for the website to function properly. This category only includes cookies that ensures basic functionalities and security features of the website. These cookies do not store any personal information.
Non-necessary
Any cookies that may not be particularly necessary for the website to function and is used specifically to collect user personal data via analytics, ads, other embedded contents are termed as non-necessary cookies. It is mandatory to procure user consent prior to running these cookies on your website.
SAVE & ACCEPT

Accessibility
Text Size
A
A